While there is a public perception that healthy foods are expensive, despite several studies it is not clear whether healthy dietary patterns really cost more than less healthy diets.

This project developed the first nationally standardised tools and protocols to determine the relative price and affordability of healthy and unhealthy (current) diets.

The new approach the team developed is now called the Healthy Diets ASAP (Australian Standardised Affordability and Price) method. By working out the real price of different diets, these standardised methods will help to determine whether the affordability of healthy food is a barrier to following a healthy diet.

Healthy eating doesn't need to be expensive. Our research will help much needed promotion. 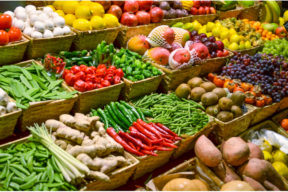 Unhealthy diets are the major preventable risk factor contributing to the burden of chronic disease in Australia. Data from the Australian Health Survey 2011-12 show that less than 7% of Australians consume diets that are consistent with the Australian Dietary Guidelines, and that at least 35% of the energy intake of adults and up to 41% of the energy intake of children comes from unhealthy (‘junk’) food and drinks. (Unhealthy foods are energy-dense food and drinks high in saturated fat, added sugar, salt and/or alcohol.)

While there is a public perception that healthy foods are expensive, despite several studies it is not clear whether healthy dietary patterns really cost more than less healthy diets.

Generally, the more people spend on food, the healthier their diet. Research has shown that low-income groups are at much greater risk of poor diet because, although they spend less per person on food, they spend a greater proportion of their income on food. In Australia, a healthy diet costs lowest-income families between 28% and 40% of their disposable income while a healthy diet only costs average-income families around 20% of their disposable income.

While we know some information about food affordability in Australia, there is a lack of real-life data to inform relevant debates about fiscal policy from a health and diet perspective in Australia.

There are no nationally standardised tools or protocols to benchmark, compare and monitor food prices and affordability. While jurisdictions and research groups have used different food baskets as survey instruments, none is entirely consistent with current Australian Dietary Guidelines nor accurately reflects the current Australian diet. There are more than six different methods used throughout Australia to determine the cost of food from a health perspective but the tools that are generally used include healthier items but also some unhealthy items, such as sugar and sausages.

The project determined the real price of healthy and unhealthy diets to inform health and fiscal policy decisions. The new standardised methods will help to answer the key policy questions of what is the difference in price and affordability of healthy and current (unhealthy) diets, and how these would change under different policy scenarios.

Other news and media

Professor Lee’s presentation at the Dietitians Association of Australian national conference in May 2017 generated widespread media interest, including:

This project was funded by the NHMRC, Australian Government Department of Health, NSW Ministry of Health, ACT Health and the HCF Research Foundation.
Jump to section