The development and implementation of recommended policies to address obesity and improve population diets has been slow in Australia and globally.

This project directly assessed the degree to which policies in Australia are meeting best practice guidelines for improving food environments, and identified priority areas for action to improve food environments.

The policies of state and territory and federal governments were assessed to benchmark the diet-related aspects of obesity prevention policies of Australia and compare them to international best practice.

A policy roadmap to address unhealthy diet and obesity

A Prevention Centre project has developed a Food Policy Index to assess food- and obesity-related policies in Australian jurisdictions and to identify gaps in those policies. 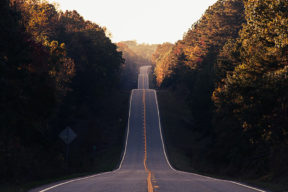 Unhealthy diets and obesity are among the biggest contributors to poor health in Australia. Efforts to address obesity and improve population diets need a comprehensive response, and there is broad consensus on the general areas for action in this area.

However, the development and implementation of recommended policies has been slow in Australia and globally. While there has been increased focus on increasing accountability for taking action to address the problem, including through rigorous monitoring and benchmarking of performance against targets, Australia’s performance in obesity prevention is not currently systematically monitored.

INFORMAS (International Network for Food and Obesity/NCDs Research, Monitoring and Action Support) is an international network of researchers and public health organisations that aims to monitor and benchmark public and private sector actions to create healthy food environments and reduce obesity and non-communicable diseases globally.

INFORMAS has developed the Healthy Food Environment Policy Index (Food-EPI) to assess government policy across 14 action areas related to food environments. The tool comprises a ‘policy’ component with seven domains each related to specific aspects of food environments that have been shown to have an important impact on population diets, and an ‘infrastructure support’ component with six domains based on the World Health Organization (WHO) building blocks for strengthening health systems.

This project implemented the Food-EPI in Australia to benchmark the diet-related aspects of obesity prevention policies of Australia and compare it to international best practice. The policies of each State and Territory as well as the Federal Government were assessed.

The project also explored the impact of conducting the Food-EPI on:

As part of INFORMAS, the Food-EPI data from this project were added to data collected in other countries to form a database of policy action worldwide. This database will ultimately be used to compare policy implementation across countries and over time.

The main aim of the project was to increase the accountability of Australian governments for their role in preventing obesity and diet-related chronic diseases. This was achieved by:

Other news and media

A sample of the media coverage is listed below.

This project was funded by the NHMRC, Australian Government Department of Health, NSW Ministry of Health, ACT Health and the HCF Research Foundation.
Jump to section