For more than two decades, she and a multidisciplinary team of researchers and postgraduate research students have been studying the impact of the built environment on social and health and wellbeing outcomes. A leading public health researcher in Australia who is recognised internationally for her research, Professor Giles-Corti has published over 300 articles and reports and has been ranked in the top 1% of researchers in her field globally.

From 2003-2020, Billie was an NHMRC Senior Principal Research Fellow. She is an Honorary Fellow of both the Planning Institute of Australia and the Public Health Association, and in 2008 was a Fulbright Senior Scholar.

Billie works on research projects across Australia as well as in Canada and the UK, including an evaluation of the impact of relocating low-income families into social and affordable housing in the athletes’ village as part of the 2012 London Olympic Legacy. 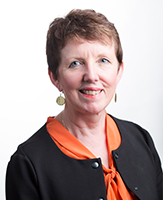 The first guest in the PreventionWorks LIVE masterclass series, liveability researcher Professor Billie Giles-Corti, has spent her career engaging with the people she is trying to influence – and it has paid off.

“The more you engage with policy, participate and listen, the more you understand the policy environment you’re trying to influence, and the more relevant you can make your research,” she says.

Professor Giles-Corti, who is a Vice-Chancellor’s Professorial Fellow at RMIT University, led an NHMRC Centre of Research Excellence in Healthy Liveable Communities from 2014 to 2020.

A Prevention Centre Chief Investigator, Professor Giles-Corti will share her experiences in achieving policy impact in the first PreventionWorks LIVE masterclass on 11 March.

She has led the study of liveability in Australia – that is, how urban environments can help deliver better health outcomes. Previously, there was little research into how liveability influenced health and wellbeing, and even less on how best to measure the liveability of cities.

Her team next measured and mapped the liveability of Australia’s state and territory capital cities, and then established the Australian Urban Observatory, a digital platform to visualise and disseminate these complex urban data into easily understood liveability maps across Australia’s 21 largest cities.

In short, the work has created practical ways for policy makers to monitor and measure liveability in their cities.

Her focus has been on both policy and scientific impact.

“The key thing is to do high quality policy-relevant research that resonates with the people you’re trying to influence,” Professor Giles-Corti says.

“That’s what lights my fire – you can make that an exciting program of work, but you don’t need to leave the science behind. You apply innovation to a problem in a city that someone is trying to solve.”

Below, Professor Giles-Corti shares some of her key insights into creating liveability research that will have a real-world impact.

“In health, we are good at describing problems, but we are not always good at working out solutions, so we need to work with people who can advise about potential solutions and their implementation.

“That’s why I’ve always set up advisory groups for my research involving policy makers, practitioners and civil society organisations from across sectors. We ask what the problems are, present research findings and ask what it means. There’s no point in coming up with an intervention if it’s never going to be translated into policy and practice.”

“Steve Allender did an important study where he asked planning and transport policy makers for their views about public health guidance on the built environment and physical activity. The paper’s title began with, ‘Tell us something we don’t already know or do’.

“That has stuck in my head: I don’t want to tell policy makers how to suck eggs. I want to show them things they don’t know and that they find exciting.

“Telling people something doesn’t work is easy; telling them why it doesn’t work is much harder. For example, we did an evaluation of the Liveable Neighbourhood Guidelines in WA. We found that where it was implemented as intended, it did make a difference, but overall the policy wasn’t fully implemented. We could tell them what worked and didn’t work, and why. The policy makers loved that evaluation. It was not telling them something they already knew. It was adding value.”

Academic and policy impact can work hand in hand, but it’s challenging

“If you apply for grants, you need to publish papers – but there is more pressure to make sure those publications have impact and therein lies the challenge.

“The way I have managed it throughout my career is to engage with policy makers and practitioners through my research. There hasn’t been any problem with scientific interest in what I’ve been doing, even though it’s been relevant to people I’ve been trying to influence.

“I think you can combine the two, but it needs to be managed. It is a lot of work and the time it takes to develop those relationships is not adequately acknowledged.”

“Changing the world requires long-term relationships. You are developing a relationship, not a transaction – it’s not just ‘come on my grant so I can say I have a policy maker on the grant’.

“I’m particularly proud of the relationships I have established in Melbourne as I have only been here since 2011.

“The reason I have been successful in building relationships in Melbourne is because of Iain Butterworth, a policy maker with the North West Region of the Health Department. He wanted to fund research and encouraged me to interview all the CEOs of the local government authorities in the region, heads of regional offices and some department secretaries. He wanted to know how to engage them to promote health. They told me about the factors that influenced people’s health in their area, and these were more about the places where they lived and the lack of amenity.

“I was facilitated by a policy maker who had a problem and knew that I would gain insights and through this I built a network by talking to people. That was a gift, but I didn’t realise it at the time.

“These interviews informed the conceptualisation of liveability as a social determinant of health, and an eight-year research program developing and testing of liveability indicators.”

How do you know if it is working?

“I knew our team was being successful with our liveability work when I was at a meeting where the Minister for Planning was speaking to property developers. He referred to the liveability report that started with those consultations and said: ‘Have you seen this report from RMIT? We are creating ghettos; these people have no amenities and that is creating inequity and we have to do something about this.’”