Out the front of the Amata store, Amata 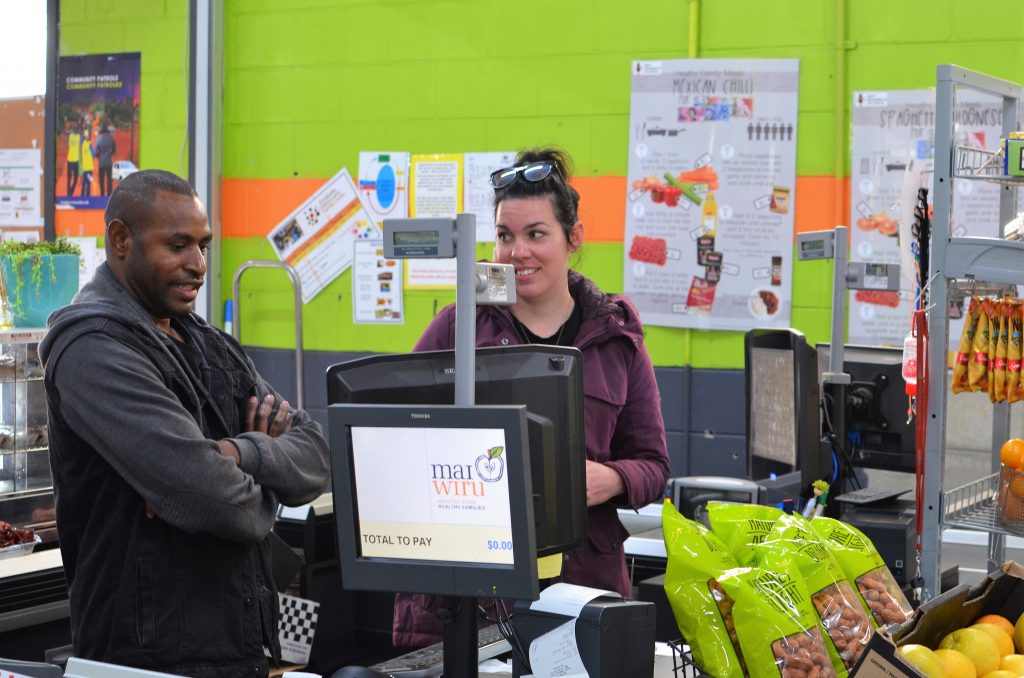