A floor price on alcohol

As a study from the Centre for Alcohol Policy Research and the Foundation for Alcohol Research and Education provided compelling evidence for the population-level health benefits of decreasing alcohol consumption, the WA Health Minister, Roger Cook, has revealed that the WA Government is considering a minimum floor price on takeaway alcohol. 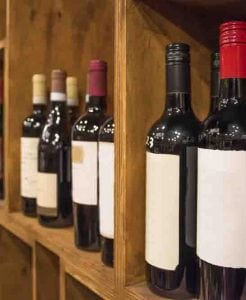 The move aims to reduce alcohol-related harm by imposing a minimum price below which alcohol could not be sold, affecting retailers who are reportedly selling bottles of wine for less than $3.

According to this explainer from the ABC, countries where a floor price has been introduced, such as Canada, have shown it significantly reduces alcohol consumption and alcohol-related hospital admissions, with effects seen in both heavy drinkers and young binge drinkers.

The industry is fighting back, declaring there is little evidence price affects problem alcohol consumption and that a floor price would unfairly target responsible drinkers, as outlined in this opinion piece from Alcohol Beverages Australia and quickly supported by WA opposition leader Mike Nahan.

Yet we know that DrinkWise Australia warnings on alcoholic drinks do little to change the behaviour of young drinkers, according to a Deakin University study – which came out the same week as an international report slammed DrinkWise for misleading the public on alcohol-related cancer risk.

The power of the alcohol lobby was highlighted recently at the Global Alcohol Policy Conference, where Greens leader Senator Richard Di Natale, a former drug and alcohol doctor, spoke of the influence of industry interests in Canberra. You can read his fascinating insights in this Croakey wrap.

Call to explore health benefits of switch to e-cigarettes

As a parliamentary inquiry continues into the use and marketing of e-cigarettes and personal vaporisers, there is more evidence pointing to the potential health benefits of e-cigarettes.

A large US study has shown that up to 6.6 million smoking-related deaths could be prevented in the US if cigarette smokers switched to e-cigarettes over a 10-year period. In an accompanying editorial in Tobacco Control, Marita Hefler of the Menzies School of Health Research writes that the time has come to make the sale of cigarettes and other combustible tobacco products illegal.

And a group of 70 Australian health researchers and clinicians signed a letter urging the NHMRC to commission an open the review of the latest science surrounding e-cigarettes.

Croakey investigates the development in more detail in this interview with Quit Victoria Director, Sarah White.

The Federal Government has appointed a specialist consultancy to develop a framework for the secondary use of de-identified data held in the My Health Record system.

A public consultation into the framework is underway, aiming to help inform processes and controls for the use of de-identified My Health Record data, which could potentially be used for anything from policy analysis to research, quality and safety measurement, public health and performance management.

The plan to share de-identified health data is not new – but a word of caution. This piece in The Conversation looks at what de-identification means, how it should be carried out, and the many risks it potentially entails.

The Australian and New Zealand Obesity Society has released a policy stating that obesity is a “chronic relapsing disease process” – a position that’s in line with the World Obesity Federation, World Health Organization, the American Medical Association and the American Heart Association. The Society is hoping that declaring obesity a disease will result in greater investment in research, management and prevention of obesity, which has more than doubled in the past 30 years in Australia.

In fact, poor diet is now a factor in one in five deaths worldwide, according to a study from the Institute of Health Metrics and Evaluation at the University of Washington, reported in the Guardian.

Meanwhile a coalition of 34 high-profile groups including the Obesity Policy Coalition, Cancer Council, Royal Children’s Hospital Melbourne and the Stroke Foundation have renewed calls for obesity prevention to be a national priority. Their eight-point plan includes a 20 per cent tax on sugary drinks, restrictions on TV junk food ads, the establishment of a national obesity taskforce, and mandatory health star ratings.