One of the challenges we face in addressing our mission of building systems perspectives on the prevention of chronic disease is that people use the term systems in many ways.

I came across another recently in a report from the Kings Fund called The Practice of System Leadership. Written by Nicholas Timmins, the report is based on a series of interviews with leaders in the National Health Service.

In the forward to the report Chris Ham, a well-respected health policy analyst, describes characteristics of ‘system leaders’: “Unlike successful organisational leaders, they are distinguished by their experience of working across services and organisations, almost invariably in circumstances of considerable complexity. The challenge they faced was how to build relationships with others to improve outcomes for the populations they served.”

This resonated with me because in prevention we need to work across services and organisations within the health sector but also increasingly outside the health sector, for example with planning and transport, and outside of government, such as with the food industry.

So if you thought trying to provide leadership in health care was complex, it is even more so in the prevention and public health space.

The report identifies a series of themes, of which I thought the following were the most relevant for us:

The report also said effective system leaders are not heroic individuals who, “through force of will or personality, achieve changes that others find impossible”. Rather, they build alliances and collaborations by engaging their peers and are resilient in the face of obstacles. Importantly, in the words of one of the leaders interviewed, system leaders succeed by “being comfortable with chaos”.

Much has been written about public health leadership and there are courses to develop such skills. But having read this report and looking at some of the other current literature in the context of a growing understanding of systems perspectives and system thinking, I think it will be useful for us to revisit the notion of leadership in prevention with the systems lens.

Specifically we need to think about how the attributes or skills that we might find in systems thinking might improve leadership in tackling the complex “wicked” problems, such as obesity. I am going to add it to our growing research agenda! 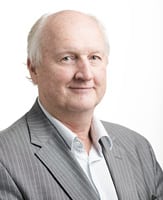