There are literally thousands of researchers working to figure out policies and programs that can effectively combat public health problems like smoking or childhood obesity. That’s not a bad thing – until they all start exhorting GPs or teachers to start implementing the solutions researchers identify.

A few years ago, someone worked out that a GP would spend more than seven hours a day delivering opportunistic, best practice prevention to the average population if they did everything researchers wanted them to do with each patient. Leaving, of course, no time for treatment.

Driving change to prevent chronic disease requires us to think in a different way. And that means we need to look first at the contexts of the people we ask to deliver prevention – the change agents.

These individuals operate in complex, adaptive systems. Each agent follows simple rules within the system. It’s like a flock of budgerigars. Each bird’s simple rules are: go in the same direction, stay close, but don’t hit anyone. And from hundreds of tiny adjustments you’ll see that, suddenly, the entire flock will turn. A big pattern emerges from all the little ones.

Like budgerigars, people interact and constantly adjust or adapt to what’s going on around them. To implement public health programs and keep them effective, the trick may be to work out the simple rules from which complex behaviour emerges. We need to identify what enables and reinforces action, packaging it in such a way as to fit the values and goals of the larger system.

For example, we know it’s really hard to get doctors to do prevention, even if they are paid more, because it feels like an ‘extra’. Instead, their ‘rule’ is to treat. So, some Sydney-based researchers showed that the benefit conferred from stopping smoking for a cancer patient is almost the same as the benefit from having radiation treatment. No doctor would think of neglecting to refer a cancer patient for radiotherapy. Yet they might think that smoking is a no-go conversation for someone who already has cancer.

Calculating this ‘equivalent gain’ metric was smart. It meant the smoking advice becomes an innovation totally aligned with the doctor’s and the system’s goals. It’s not different, or extra. And maybe smoking advice might trickle into their practice with non-cancer patients as well.

Complexity theory makes you think about the kind of things you have to do to harness the dynamic properties of a system – rather than have the system instantly slough off your fabulous intervention that you’ve been designing for years. By identifying, naming and matching people’s actions to theory, we can possibly find even more ways to maximise health gains.

Our own work for the Prevention Centre has already shown there are interventions that are too weak to disrupt the basic functions and outcomes of the systems into which they are introduced. We have synthesised the literature on complexity and public health interventions and in social ecological systems theory. We did some work showing why it’s vital to model how agents adapt to interventions. If you don’t do this, your predictions about effects can be way off.  And this year I was very excited to be part of a workshop that laid out a new agenda for generating evidence on public health interventions, one that recognises complexity.

One action can have multiple effects, so start counting those as well

At the moment, we’re using complexity theory in our study of the roll out of obesity prevention programs to every school and child care centre across NSW. We’re looking at how practitioners facilitate and track the progressive implementation of policies on fresh fruit, water, opportunities for physical activity, and so on.

What we’re finding is that the simple rules of some Local Health Districts (LHDs) seem to be “keep in good with the schools and attend to needs that concern the schools first.” Things like self-harm, racism or social inclusion. In some LHDs they find creative ways to integrate physical activity into anti bullying programs. In other cases they time their action sensitively.  It’s like the research from the UK that shows that a teacher may sometimes choose not to implement no-smoking policies on school grounds – at moments when maintaining a relationship with an alienated kid is more important than the smoking.

Complexity theory makes us think about the long game prevention practitioners are playing when it comes to schools. There may still be gains for obesity, but these may come later and in ways we didn’t envisage. Meanwhile there may be some terrific ‘side-effects’.

There was a good example of this recently in a disadvantaged part of Melbourne where 24 schools were randomised to either receive an obesity prevention program, or not. After three years, there was no difference (so far) in kids’ weight, although there were some good changes in things like sugary drinks, drinking water, and eating fruit and vegetables. But, possibly even more importantly, in the intervention schools there was an increase in parent engagement in the school. That’s a real win, when you think of the multiple benefits that can cascade from that, such as finishing Year 12.

So complexity makes you sensitive to how long change can take, and to the fact that pathways of action look different in different places. It matches the literature on what we know about making health care more effective by not over-specifying the content of quality improvement programs and allowing local structures to self-organise.

If we didn’t know about complexity we could be saying, “Oh no! Doctors won’t do what we want, and obesity programs in schools are no good!” But now we can be smarter about how to bring about change and recognise progress.

Next, we could design performance monitoring systems that more easily capture those wider benefits as they happen. 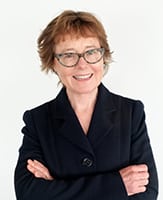