All About You: Using social media where it counts

Targeting the next generation: engaging youth to understand health behaviour

An Australian Prevention Partnership Centre project using big data and simulation modelling to reduce the economic and health burden of chronic disease is using innovative methods to learn more about health behaviour that places young people at risk for overweight and obesity.

Tackling childhood obesity with big data and dynamic simulation modelling, the project led by Associate Professor Jo-An Atkinson from the Prevention Centre and Professor Louse Baur AM from the University of Sydney, recently launched a social media campaign targeting the 12–17 age group. The campaign aimed to recruit young people to participate in this important study.

“We recognise the importance of intervening early to reduce overweight and obesity before it translates to the adult population where it contributes significantly to Australia’s burden of chronic disease to the tune of $21 billion annually,” says Dr Louise Freebairn, one of the lead investigators on the project. 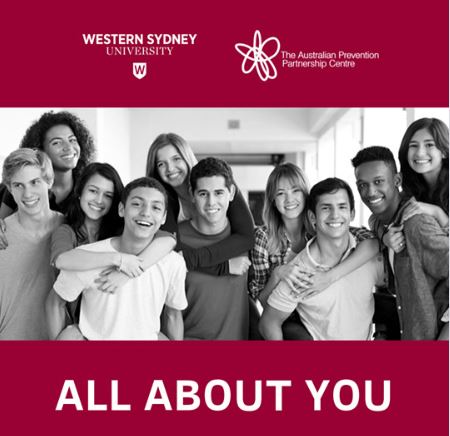 “But the challenge was in getting to this group and gathering the base data we need to guide decision making. This is an elusive demographic, particularly using traditional surveys including telephone and face-to-face interviewing. This project has allowed us to pilot new methods of reaching out to young people,” said Dr Freebairn.

The team worked with Ethica Data – which specialises in human subject research using devices including smartphones and wearables, allowing accurate data collection at scale – and worked with a Youth Advisory panel and a team at Western Sydney University to design the social media campaign.

“We recognise the importance of intervening early to reduce overweight and obesity before it translates to the adult population where it contributes significantly to Australia’s burden of chronic disease to the tune of $21 billion annually.”

“Since we started the social media campaign in October, we’ve had over 1000 people sign-up, which is a big sample for us in this notoriously difficult-to-reach group. The campaign finished in December, but we’ll be receiving data until April.

Professor Andrew Page, working on The Western Sydney Adolescent Health and Well Being Study – led a Youth Advisory group, to develop a social media campaign and to inform the data collection. 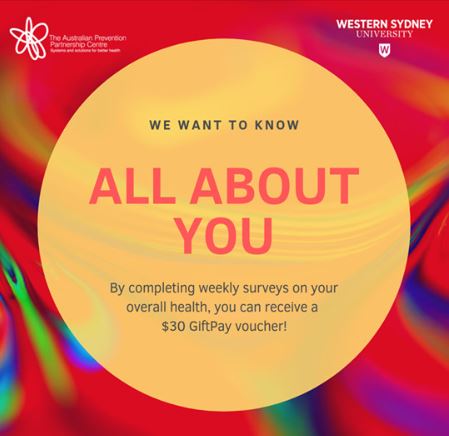 “The group worked with the corporate communications team at Western Sydney University to refine the ads for Facebook and Instagram, and to ensure that the ads worked in terms of overall design for targeting young people,” said Professor Page.

“This means, for example, we can see how much screen time they’re clocking with their phones, providing an additional lens to physical activity and inactivity,” said Professor Page.

The data gathered from this campaign can be used in the dynamic simulation modelling tools, including one developed for an earlier Prevention Centre project on diabetes in pregnancy, an interactive decision support tool developed in partnership with expert stakeholders, including policy makers.

“Once we better understand how young people are spending their time, what they’re eating and when, we will be able to tailor and target promotion and solutions with policy-makers. This is imperative in combating overweight and obesity,” said Dr Freebairn.